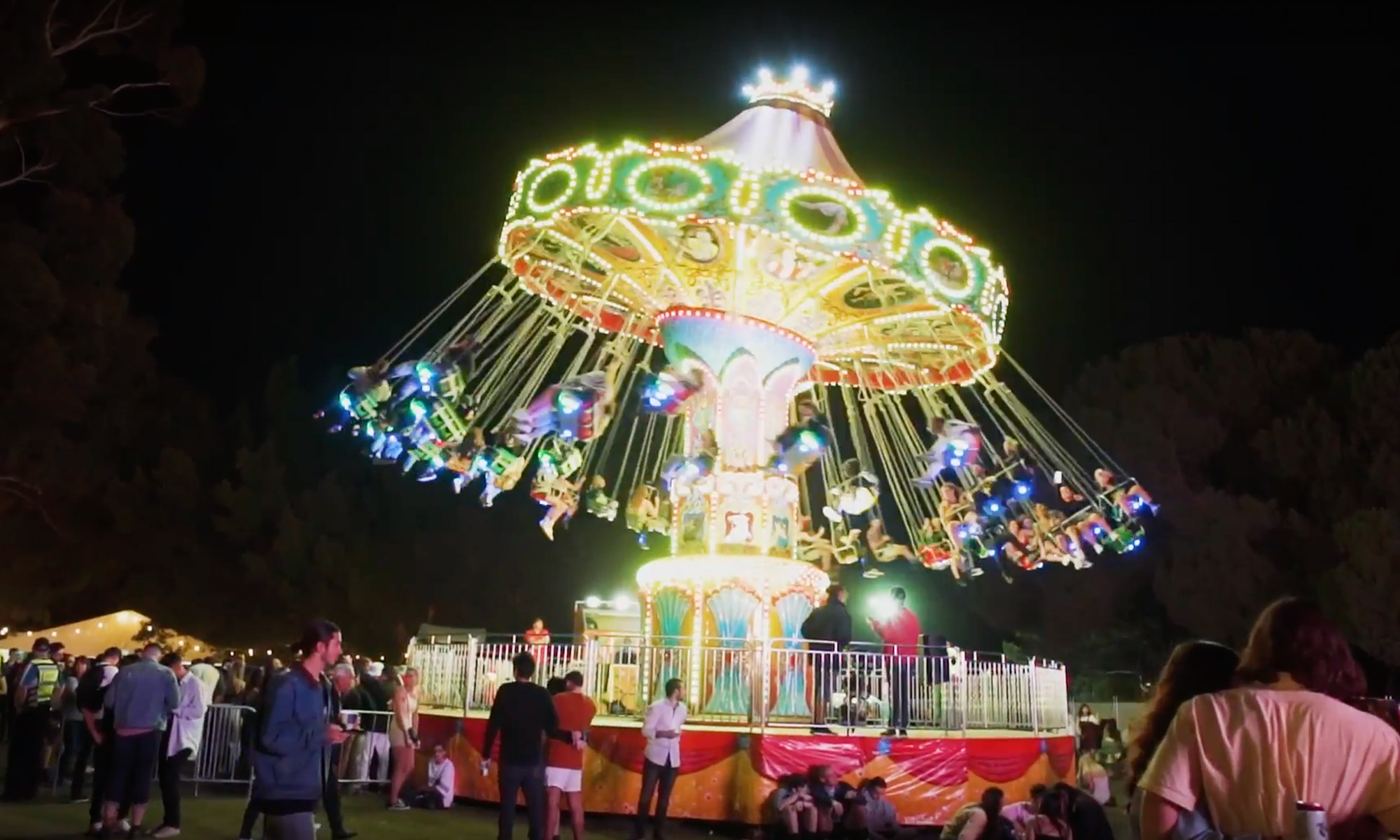 Western Australia is awesome! And to celebrate just how great our home state is, every year Celebrate WA throws a massive free party. We’ve been covering the WA Day Festival events for the past three years and they just keep getting better and better.

This year the location was moved to Burswood Park on the Swan River. Tens of thousands of people turned out to see the massive SOTA Fest and all the great activities on the day. Keep an eye out for John Butler, Katie Steele, Drapht, and heaps more!

This was an event shoot like no other. It’s basically a music festival with extra bits thrown on top. Our job was to capture the energy, colour, fun, and vibrance of the festival. With so much going on we had a big crew of shooters on the ground and even a drone in the sky looking down on it all.

We called in a big crew for this event! 4 cameras were roaming the huge parkland while our drone pilot flew passes overhead. As the sun set the lighting became incredible and the aerial shots we were able to get were spectacular.

On the ground we covered the family fun areas, the river activities, and of course on and behind the main stage. So much to see, so much going on, and that made the edit so much more fun.

In the edit process we used fast transitions, lots of vibrant colour grading, and a local WA soundtrack to tie it all together.

The final video perfectly captures just how fun the event was! It’s always a challenge to fit all of WA Day’s festivities into a single video but we think we managed to do it.

After release the video was spread far and wide across social media and online platforms. It’s currently on the home page of Celebrate WA, reminding people to get ready for next year.

We’re so proud to support Youth Focus and the me

Shooting more stuff around the office with our awe

Remember when we had blue skies? Like 95% of the d

Testing out some of our new lighting toys in the s